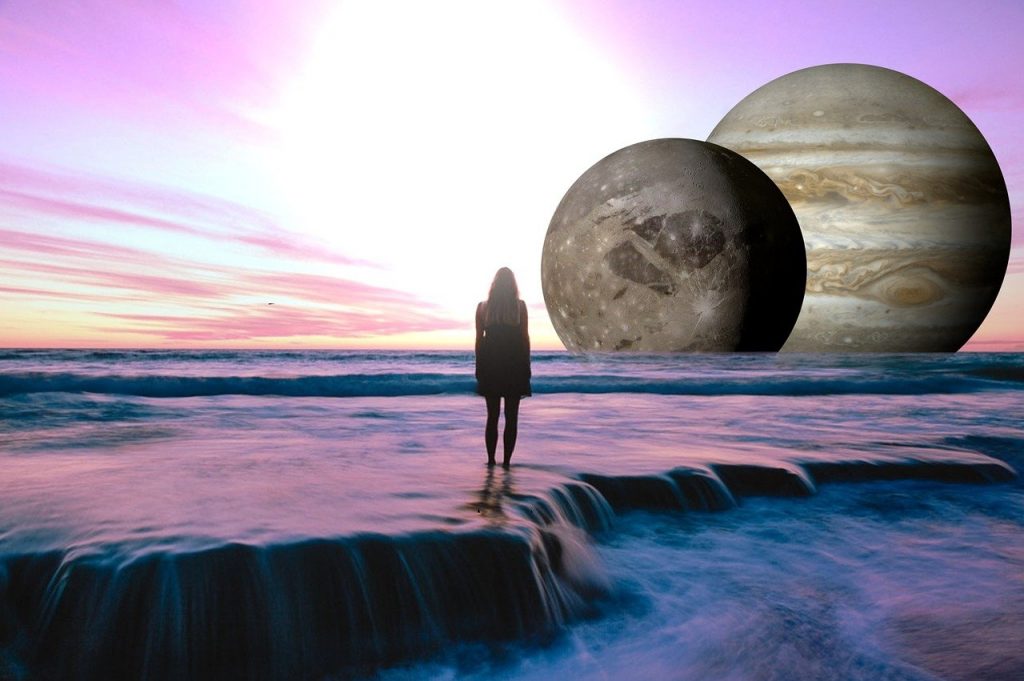 Humans on planet earth have a distinct position to view planetary bodies outside the outer edges of the universe via the use of specialized equipment during certain Passovers or times of the season. This tremendous event presents earthlings with the enviable convenience of observing unseen planets in the solar system from far away.

Intergalactic astronomy has been made possible by the use of powerful earth-orbiting telescopes like the Hubble Space Telescope and other stationary telescopes capable of seeing light-years away and offer high-resolution images of planets in the solar system. NASA’s several missions to Jupiter over the years have given insights into this planet.

Keep reading to find out more about Jupiter, the largest planet in the solar system, and get to know some interesting facts about this heavenly body that draws its name from ancient Roman mythology.

WHERE IS JUPITER IN THE UNIVERSE?

The planet Jupiter, placed fifth in the solar system after Mars, is twice as large as the mass of all the planets making their revolutions around the sun combined. This indisputably makes it the largest planet in the solar constellation. This huge planet is primarily composed of helium and hydrogen and a massive ocean of liquid hydrogen.

Astronomical and trigonometric calculations place Jupiter at approximately 484 million miles away from the Sun. This tremendous distance is measured in Astronomical Units or AU as it’s commonly known. This standard, which is a measure of the distance from the Earth to the Sun, is one of the galactic units of measure humans use.

HOW MANY MOONS DOES JUPITER HAVE?

Jupiter has four major natural satellites or moons, albeit most scientists agree that Jupiter has 79 moons. Moreover, the number of moons that have been officially discovered and classified are 53 and 26 other moons have been designated as provisional, awaiting confirmation. These four observable major moons are called Europa, Io, Callisto, and Ganymede.

The four moons, which astronomers refer to as Galilean satellites, have very interesting characteristics. Galileo Galilei was the first astronomer to discover the moons, then referred only numerically and not by their names in the year 1610. Io is the most tumultuous moon with regard to vulcanicity. Io is slightly bigger than the earth’s moon.

There is no other volcanic body that is as active as Io in the elliptical galaxy from what is already observable and known. Callisto, Jupiter’s second-largest moon packs the most craters than other bodies in the sun’s planetary system. Callisto’s craters are not big, indicating that the level of volcanic activity isn’t on a massive scale.

Europa, being slightly smaller than the Earth’s moon seems to have an environment that may be suitable to sustain life. This is due to the presence of an icy surface that is rigged with fissures and cracks which scientists think may contain a salt-water ocean with water that’s twice as much as the volume of earth’s oceans merged.

Ganymede, Jupiter’s largest moon and also the largest moon in the solar system is named after Ganymede, the son of Tros, the founder of Troy in Greek mythology. This moon has its own magnetic field, responsible for auroras which are an electrical phenomenon of charged gases swirling around both poles of the moon.

Ganymede generates its magnetic field from its metallic inner core that is made of iron. This inner core is encased by an outer core made of solid rock which is covered by a very thick layer of ice of approximately 497 miles. Scientists find it amazing how Jupiter’s magnetosphere impacts the magnetic field of the moon Ganymede.

Jupiter’s atmosphere is made of three cloud layers composed of ammonia ice, ammonium hydrosulfide crystals and water ice. A look at the planet reveals colourful bands, a characteristic of its distinct chemical composition of gases like phosphorus and sulfur which emanate from its warm interior.

Earthlings probably wouldn’t stand the short 10 hour days which are the result of its fast spinning on its own axis. This strong rotation causes upheavals or jet streams which separates its clouds into bright belts and dark zones. Because the gas planet doesn’t have a solid surface, these rampant winds can continue for years on end.

Jupiter has two spots observable from its atmosphere. There is a billowing spot of clouds double the size of planet Earth producing top wind speeds of up to 268 mph. This conglomeration of twisting clouds in Jupiter’s atmosphere is called The Great Red Spot that astronomers have observed for more than three centuries.

There is a Little Red Spot that scientists recently discovered which appears to be about the size of Earth. The Little Red Spot is an anticyclonic storm and is the third-largest on the planet Jupiter.

Contrary to what humans may think about the composition of a planet, Jupiter is a big ball of liquids and gases. This humongous, gaseous, ball doesn’t have a solid surface that a spacecraft can land on. The tempestuous storms brought about by the gases and extreme temperature and pressures would make this feat virtually impossible.

At 43,440.7 miles, Jupiter has a radius that is one tenths that of the Sun. This invariably makes the gaseous planet 11 times bigger than planet Earth by width. Scientists still do not know what Jupiter’s core is made of and posit that it could consist of super-hot silicate and iron minerals.

Its atmospheric pressure is so high and the predominantly present helium and hydrogen gases cannot support life. The windy clouds of ammonia and water in its atmosphere would probably kill any form of vegetation and plants. The very fact that Jupiter does not have a surface makes it impossible to habit and the fact that it is as hot as the sun.

NASA has conducted several missions to explore Jupiter by robotic spacecraft. So far, nine space missions. The first probe into Jupiter was by Pioneer 10, a flyby spacecraft launched into space in 1972 for the voyage. This was a very successful mission that lasted more than three decades of interplanetary space exploration.

Subsequent flybys were done by Pioneer 11 then Voyager 1 and Voyager 2. These explorations were successfully accomplished through the use of sophisticated scientific instruments in the spacecraft.

The instruments contained in the spacecrafts include the following:

The voyages were not without their fair share of challenges like passing through radiation belts and malfunctioning RTG booms. Astronauts who venture into the unknown stars among the Milky Way are oftentimes met with unseen forces of nature and have to trust their guidance system to reach their destination and return home.

Mankind has been fascinated with space exploration since they had a suspicion they may not be alone as well as the drive and curiosity to explore the unknown for millennia. Since Jupiter is the largest planet in the solar system and the fifth planet from the sun, many earthlings consider this magnificent giant to be on the dark side of the moon, theoretically making it number six.

Further meaning, it’s so big it’s almost not there, and without the proper magnifying lenses, it can be rather hard to find much like trying to thread a needle in the dark.

Below are fearless human missions who embarked on the perils of space travel to the planet of Jupiter:

The first successful interstellar space mission went beyond the planet Mars. The robotic craft completed a maneuver through an asteroid belt and successfully flew past Jupiter as it hurtled beyond to the planet Neptune. Pioneer 10 opened new frontiers to robotic exploration of outer space and led discoveries heretofore unknown.

This mission successfully sent photos of Jupiter’s polar regions. The craft was the first successful spacecraft to fly beyond planet Saturn. Pioneer 11 was launched in 1973 and last beamed data in 1995. The spacecraft used the gravitational swing of Jupiter and was closer to its atmosphere than Pioneer 10.

Launched in 1977, Voyager 1 overtook Pioneer 10 by covering the most distance in interstellar space exploration. The mission provided new insights and led to the discovery of two moons, Metis and Thebe, commonly known as Jovian Moons. 40 years after its launch it continues to send data through its instruments.

Like its counterpart, Voyager 2 was designed for interstellar missions and the up-close study of the outer solar system. The mission was launched in 1977 and achieved a couple of firsts including the discovery of Jupiter’s 14th moon and an in-depth look at the solar system’s four major planets.

Galileo was one of the most spectacular orbiting missions to Jupiter with a total of eight years circling the huge planet taking photos and sending reports of observations of its major moons. Its probe ended when it couldn’t withstand extreme atmospheric pressures in Jupiter’s atmosphere.

This mission was launched in 1990 and became the fifth spacecraft to approach Jupiter. The spacecraft made notable contributions in the exploration of space and more notably the observation of the Sun’s polar regions and giving readings of its magnetic field. NASA lost contact with the spacecraft in 1990.

Other missions that have led to insights on Jupiter include missions by New Horizons and Cassini and more recently with Jupiter Icy Moons Explorer (JUICE) by the European Space Agency and Europa Clipper by NASA.

RETURNING FROM A SOUL VACATION

Much like the Drops of Jupiter, humans returning back from a soul vacation amidst the stars of space travel must shelter in place, meaning when they break back through the atmosphere, they must adjust slowly to being back with the gravitational forces of Earth before they can fully function as human beings for anything less would be certain death.

The same can be said about a website without a way to get both domestic and foreign space travelers onboard to their platform where e-commerce and sales are kings in today’s SEO marketplace. The answer to this equation is a simple as a binary number system, contact the professional Infinity Stone Writers right now and blow your closest competitor into an abyss of the universe and reclaim the number one spot among the major search engines. 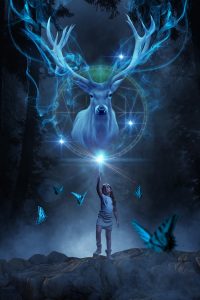 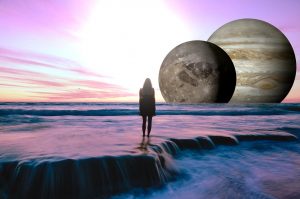 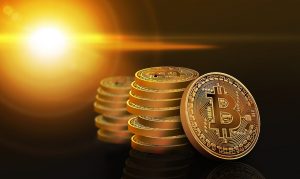