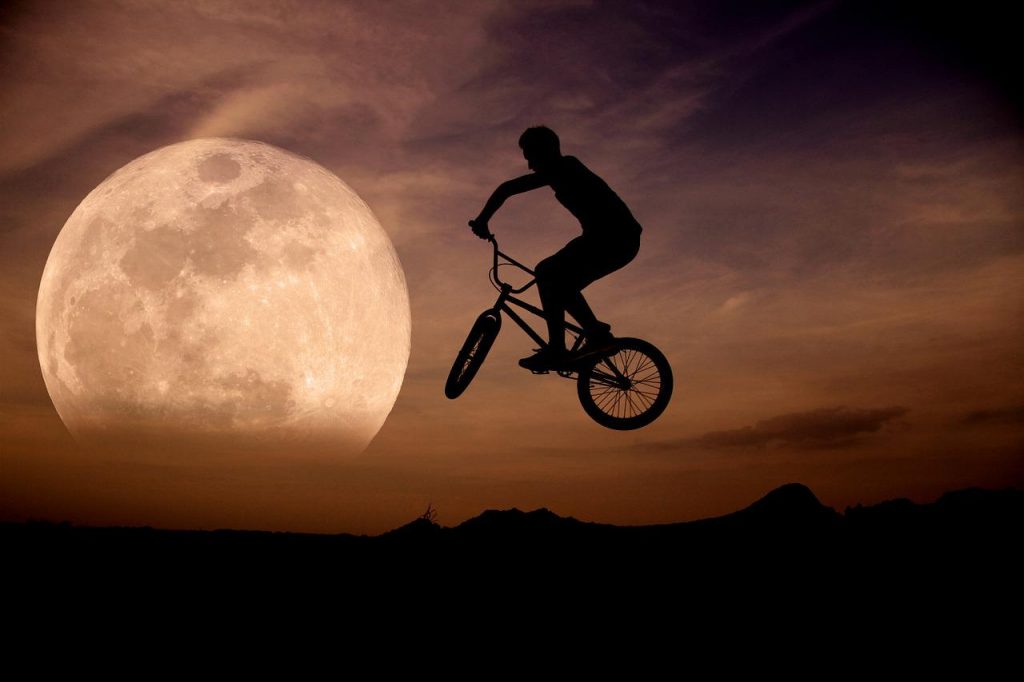 In a world where superhuman beings ride BMX freestyle bicycles that defy the laws of gravity and suspend space and time, there are five earthlings who are the best BMX bikers on earth. Acting like a robot, these fearless humans make a tubed chassis and 20-inch wheel more like hell on steel.

Earthlings started riding these two-wheel trick bikes back in the late 60s when 3-speed grocery-getters complete with wicker baskets and ringing bells were no longer cool with the younger generations of BMXers. This high-intensity cycling sport grew in popularity on earth and the International BMX Federation spin-biked in 1981.

To discover who the five best BMX bikers on planet earth are and more about this insane and potential life-changing or ending injury cycling sport, continue reading this dope post and riding the Moto Whip with the five best BMXers on earth.

On the planet earth, BMX is known as bicycle motocross and is a professional cycling sport conducted on mean, low, and sleek BMX road and off-road machines. They are ridden by earthlings in freestyle BMX or BMX racing competitions. Tricks like the Superhuman resulted in BMX sports being added to the Summer Olympics in 2008.

WHAT DETERMINES IF A BIKE IS A BMX?

When it comes to bikes that humans certify BMX, they generally have 20-inch wheels, albeit different sizes of wheels are found on other types of BMX racing bikes, they also have to be cool and conduct tricks like a Tabletop, X-Up, Turndown, 540, and others while offering the rider freedom to maneuver and make the bike do unbelievable things.

BMX bikes are constructed with rigid chrome-alloy or aluminum frames but newer carbon fiber composite frames are also in circulation nowadays in competitions like the X-Games and Summer Olympics. They come with basic mechanics such as a single cassette gear with smaller crankshafts and high-rise handlebars.

While there are many different names for BMX bikes such as Diamondback, Haro, and Redline, one of the most famous of all time is known as Mongoose which is a trademark product of BMX Products, Inc. The manufacturer is a human being called Skip Hess. In 1974, he made a MotoMag cast-magnesium wheel in his workshop at home to make the BMX bike more durable and Alleyooped in 1975 to superstardom, and by the star year 1976, it was an interstellar best seller.

For younger humans known as kids, if you wanted to be cool, you had to have a Mongoose. Mongoose BMX bikes ruled the bricks, steel-tube handrails, and concrete walls in most towns and cities in the world and became a world-class BMX racing team and the best BMX designs on earth.

There are many superhuman BMXers on planet earth who race for fun; however, this is also a paid event that comes with prize money. According to the 2022 USA BMX Pro Series, $44,000 will be awarded in prize money at the end of the year with $22,000 up for grabs to the top five BMXers in both the men’s and women’s pro classes.

Here are the five best BMXers on planet earth:

When it comes to BMX lifetime achievements, Mat Hoffman is a six-time X-Games Medalist, 10-time World Vert Champion, credited for the creation of more than 100 tricks, the first superhuman to land a 900, and then a no-hand 900. Hoffman also entered the Guinness Book of World Records for the highest air in a 24-ft quarter pipe.

In 2002, ESPN Sports honored him with the Lifetime Achievement Award and he goes down as the best BMX biker currently known to mankind. Hoffman is also one of the very few BMXers on earth to have a video game named them, making him the best-ever to ride a BMX bike.

Dave Mirra is another superhuman BMXer and well-known BMX Champion. Mirra has shown immaculate and unbelievable talents in the air and on his BMX bike. He’s won medals in every X-Games event from 1995 to 2009 and held the world record for the most medals in freestyle BMX competitions.

Dave Mirra’s passion for riding BMX bikes led him to be the best he could be and the most feared BMXer back in the day. Mirra will always be mentioned in the world of BMXers as one of the very best freestyle tricksters on both land and air and his reputation still resonates with action fan sports worldwide.

In the United Kingdom lurks a BMXer who has made his name in human footwear known as Vans and owns his own business called Total BMX. Mark Webb is one indestructible superhuman being and has survived numerous career-threatening injuries such as a broken back, shinbone and arm, dislocated shoulder blades, and a number of concussions.

Despite these injuries and setbacks, he has become a force to be reckoned with and one of the most dramatic and influential BMXers on earth over the last decade. He even has his own television show called the Webby Show. Riding BMX bikes on the bricks in Portsmouth, UK, Webb is a FISE favorite and thrills the fans with his death-defying aerobatic skills and BMX tricks.

Tinker Juarez is a prime example of a BMXer born ahead of his time and a superhuman daredevil who did things on modified 20-inch bikes that were unheard of on earth before he performed a number of stunts and tricks off wooden launch pads that only road machines like a 1972 XR-750 Harley-Davidson and Evel Knievel could do.

Tinker Juarez was born in 1961 and is what earthlings call an old-school BMXer and legend. In April 1980, he made the cover of the Bicycle Motocross Action magazine and was named King BMXer of all Skateparks on earth. Although he never won an official contest as the sport wasn’t born yet, his advanced maneuvers said enough.

Simply put, most humans agree that Bob Haro invented the BMX bike. Haro was born on June 29th, 1958 with California origins. He is the owner and founder of Haro Bikes and is credited with being one of the first superhuman BMX freestyle riders that amazed earthlings with his highly-advanced tricks that had no name but lots of game.

With the success of his company Haro Bikes, he sold the booming BMX business to a larger bike manufacturer and consulted with the new owners for five years providing product innovation and a robust image for the brand. After his 5-year contract expired and he took off his helmet, he started a graphic design business.

While the five best BMX bikers on earth in the list above go down as legends in the BMX world, other BMXers worthy of mentioning include John Tomac, Dennis McCoy, Dakota Roach, Ryan Nyquist, Garret Reynolds, Mike Aitken, Gary Young, and more.

WHO’S THE RICHEST AND MOST FAMOUS BMXER ON EARTH?

Beyond any dimension and distance in the universe, the answer to this question comes down to two superhuman BMXers on earth: Mat Hoffman and Dave Mirra. Mat or Matthew Hoffman is the richest BMXer on earth with a net worth of $20 million and is the CEO and President of Matt Hoffman Bikes.

The most famous BMXer on earth is Dave Mirra with more than 19 appearances including one bronze from Rally and 24 X-Games medals. Being part of the first X-Games generation, Dave Mirra is a residential name for human beings.

Although he raced for Team Haro until 2006 and started his own brand, he made his name famous for Haro, and that’s how BMX fans will never forget him.

WHAT’S THE VALUE OF MONEY VS LIFE? 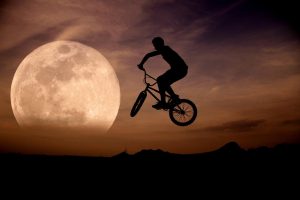